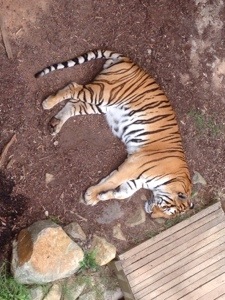 Many years ago I received a call from a very junior ABC journalist (her career has very much blossomed since the and she is now a household name). We met in a meeting room where I worked an she provided me with two private rulings – both about employee benefit trusts.

The first was a very simple arrangement and the private ruling was favourable – deductible contributions, no FBT…

The second was pretty much the same arrangement, so much I suspected it was written by the same firm. BUT THIS ONE WAS NEGATIVE!

I said that I could not believe that the ATO had stuffed this up so badly… And that was the end of our discussion.

What I did not know is that this very quick meeting started an investigation about whether an employee at the ATO was providing positive rulings to “friendly” applicants.

Since then I have steered away from Employee Benefit Trusts – but now the Commissioner has released a draft taxation ruling (TR 2014/D1) that clears up his position. He has also released a guide on these trusts.

What are the three most important things in these documents…

1. If you are an employer, contributions you make to the trustee of an ERT are generally deductible if you have a genuine purpose for it being applied within a relatively short period towards remunerating employees. What is a relatively short period? It must be less than 5 years – any longer and there will be no deductions. This is a big change to many earlier private rulings.

2. As an employer, if you made a contribution to an ERT at the direction of, or on behalf of, your employee and that contribution is remuneration, you are required to withhold an amount from the contribution as a Pay as you go Withholding amount.

These documents also remind us that the Commissioner has applied Part IVA to these types of arrangements. So don’t jump in without clearly documenting the purpose of the arrangement. But at least we have some more clarity now.